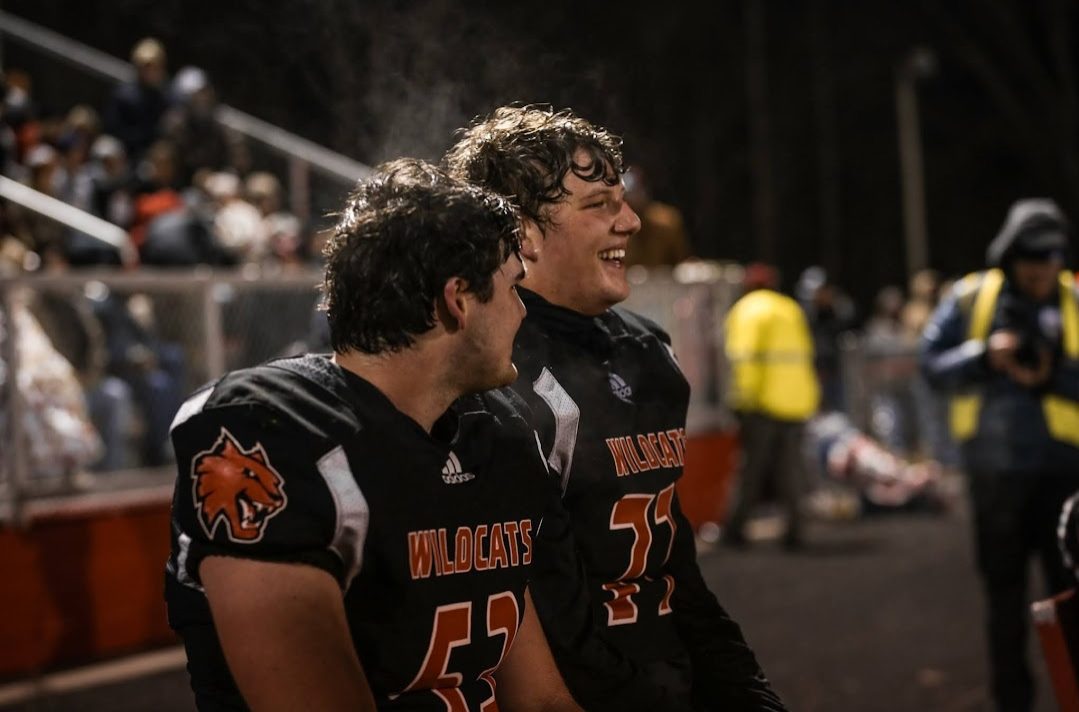 2022 was a year to remember for the Smoky Mountain Conference on the Gridiron. From Andrews historic undefeated regular season, to Hayesville advancing to the third round of the playoff since 2013, to all 6 conference teams securing a first-round playoff victory, the parity in the Conference this year was unlike any other in recent memory.

It was an amazing year for all of our SMC teams, as the historic conference etched another unprecedented year into the history books. Here’s a look at what individuals stood out the most in 2022, as we present our 2022 FYN Sports Football Awards.

Our awards are made up of a 60-40 vote split between the public and the local media, while the All-Conference teams are compiled by the FYNSports Staff. 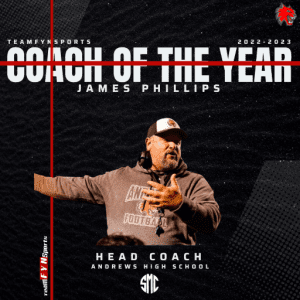 An obvious choice here, Phillips led Andrews to their best season in decades with a 13-1 finish in the fourth round of the State Playoffs. Not only did the Wildcats have a stunning year, but Phillips ran an efficient practice, maintained a well-disciplined team, and is a great role model for the youth at Andrews High School. Coach Phillips also managed to put together an incredible staff that allowed these kids to reach their full potential and play at the top of their game. Hats off to Coach Phillips and the Andrews Wildcats on an amazing season. 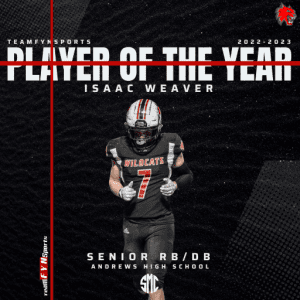 Isaac Weaver will go down as one of the best to ever put on an Andrews Wildcat jersey. This season would not have happened for The Valley if it hadn’t been for #7. He was electric to watch make things happen on offense and made quarterbacks think twice before throwing his way when he dropped back into coverage. Isaac rushed for over 1,500 yards, was second in all of North Carolina with 10 interceptions, and was consistently in the endzone with 31 total touchdowns (all while playing 6 weeks with a cast on his broken right hand). When the ball was in his hands, whether that be due to receiving a handoff, intercepting a pass, or returning a kick, Weaver had the whole stadium on the edge of their seats because everyone knew he could go for 6 at any time. Isaac made everyone around him better, and was a fan favorite across the league, making him our unanimous FYNSports Player of The Year for 2022. An outstanding player and an even better young man, we can’t wait to see where football takes #7 in the near future. 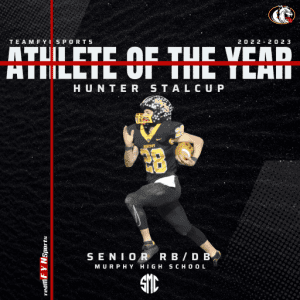 The Athlete of The Year is someone who shoulders the load for their team across all aspects of the game. Stalcup finished his Junior season ranked 7th in North Carolina in rush yards, 9th in North Carolina in points scored, and 11th in North Carolina in rush yards per game. Making those accomplishments even more impressive, he didn’t even enter the season as the Dogs RB1, as he took over that role when his running mate Ty Laney went down due to injury in game three. In 10 of his 13 games played this year, Stalcup rushed for over 100 yards and finished the year on a streak of 8 straight 100-yard rushing games. While rushing for 2,204 yards, Hunter also made contributions in the passing game as well, as he hauled in 24 receptions for 315 yards and 7 touchdowns, to bring his touchdown total to 31. Hunter also handled the punt return and kick return duties for Murphy as well, averaging over 20 yards per return. 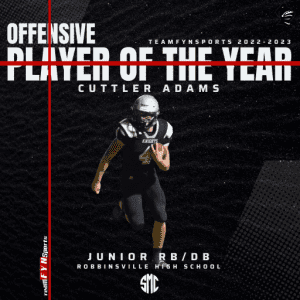 Numbers never lie, and Cuttler Adams has been putting up numbers since he was a freshman. He added 2,202 rushing yards to his career total in his Junior season, propelling him to fourth all-time in the Smoky Mountain Conference. Due to injuries in the Robbinsville backfield before the season ever began, Cuttler was poised to be more of the Black Knights workhorse than ever before. He rushed the ball 275 times for an average of 8 yards per carry and accounted for nearly 60% of the Knights total points scored. Maybe more so impressive than the raw numbers, Cuttler headed up an offense that suffered through multiple injuries -including the loss of their starting QB- and kept them on track for a 9-4 season and an appearance in the third round of the NCHSAA State Playoffs. Cuttler was the straw that stirred the drink on this Robbinsville team and kept things going when it was looking pretty grim. Another special year for a special player, this guy will be at the top of the record books when it’s all said and done. 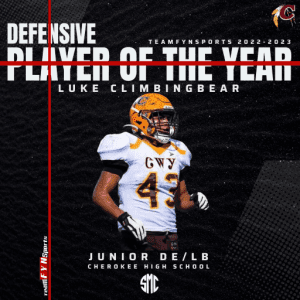 Climbingbear led the Smoky Mountain Conference in tackles from the Defensive End position. He kept points off the board and gave a struggling Cherokee offense opportunities to get back on the field and stay in games all season long. He averaged 12 tackles per game thanks to his ability to read multiple offensive schemes, and always found a way to be around the football. In two years of Varsity action, Climbingbear has accumulated 230 total tackles as the leader of the Braves defensive front. Anchoring a defense that was on the field a lot in 2022, Climbingbear made the most of his opportunities. 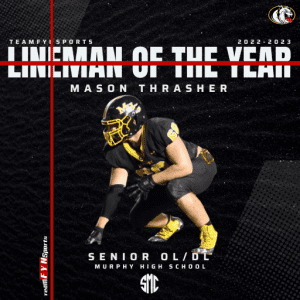 Mason Thrasher was a nightmare for opposing offenses in 2022. He always found himself in the backfield and made quick work of whoever was in front of him. He had TWENTY-FOUR tackles for loss on the year, easily putting him in first for that category in the SMC. Thrasher averaged over 6 tackles per game, and was the heartbeat of a Murphy defense that allowed less than 20 points per game in Conference play.

Newcomer of The Year: Bryce Adams, Robbinsville, So. 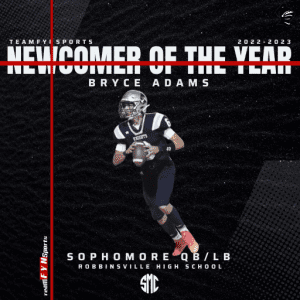 No first-year Varsity player was asked to do more for their team this season than Bryce Adams was. By the time the season ended, not only was he leading the Knights defense from the linebacker position, but he was also calling the shots on the offensive side of the ball as he stepped under center in relief of injured starting QB Donovan Carpenter. Bryce stepped in seamlessly and led the Knights to the third round of the State Playoffs while throwing for over 500 yards and 5 TDs along the way. He also finished the year strong on the defensive side of the ball, finishing second in tackles for Robbinsville with 77.